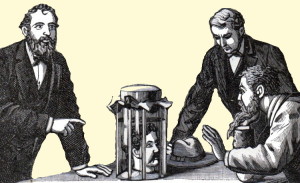 Many of these stories are stolen (um … borrowed) from anecdotage.com. I use to include a link to their website but they have mysteriously disappeared. So sad when good sites get swallowed up in cyberspace. Other sources are attributed where known. 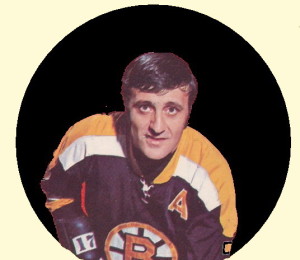 1972), the Canadian hockey team was assigned a room in an elegant hotel, which they suspected had been bugged:
“We searched the room for microphones,” Phil Esposito recalled. “In the center of the room, we found a funny-looking, round piece of metal embedded in the floor, under the rug. We figured we had found the bug. We dug it out of the floor and heard a crash beneath us. We had released the anchor to the chandelier in the ceiling below.”
Source: anecdotage.com

While serving as America’s ambassador in Moscow, Averell Harriman was shadowed everywhere by secret police. One wintry weekend, Harriman, invited to visit a British diplomat at his country estate, kindly advised his shadows that the property was only accessible by means of a four-wheel-drive vehicle. Nonetheless, the police set off after Harriman’s jeep in a standard-issue sedan.

Sure enough, they soon became bogged down and an agent was dispatched on foot. First, Harriman had the jeep slow down so the man could keep up. He soon became concerned that the man would freeze to death, however, and stopped the jeep to offer him a ride, promising not to tell his superiors. The man accepted, and ambassador and policeman rode together for the remainder of the journey.
Source: anecdotage.com, Little Brown Book of Anecdotes 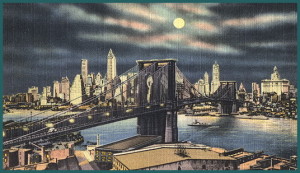 him for a ride. Gallo pointed a gun at his head from the right, and Conigliaro covered him from the left. The car swerved violently. The two gangsters shot each other. Conigliaro, hit in the spine, was paralyzed. Every year after that, Vinny Ensulo sent wheelchair batteries to Conigliaro. A small card with the batteries always said, ‘Keep rolling, from your best pal, Vinny Ba Ba.’”
Source: anecdotage.com & John Train: True Remarkable Occurrences

As a former law enforcement officer, John Miller (author of The Cell) had considerable experience monitoring wire taps. The Mafia, well aware of the prevalence of stool pigeons and narcs in the family business, often employed codes, using innocuous words to describe such things as guns and kilograms of cocaine. The police were not always fooled. Indeed, Miller was once privy to the following conversation:
So you got any more of them… shirts?”
“Yeah, we got some nice shirts?”
“How white are they?”
“They’re very white.”
“How much?”
“250 each.”
“OK. We’ll take three and a half… shirts.”
Source: anecdotage.com & “Conan O’Brien”, Globe and Mail Sept 5, 2002

“On one occasion Jesse James and his gang sought food and rest at a lonely farmhouse. The woman there gave them what food she could and apologized for the poor hospitality. A widow and deeply in debt, she was even then waiting for 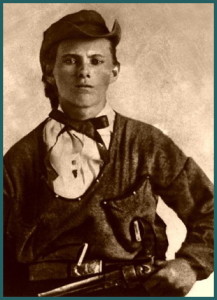 the debt collector to visit her to demand $1,400, which she could not possibly afford to pay.
“Jesse James had the spoils of one of his bank raids with him. He gave the astonished woman enough money to pay off her debt, telling her to be sure to get a receipt from the debt collector. Then he and his gang withdrew to watch the road leading to the farmhouse.
“Along came the debt collector, looking very grim. A short while later he emerged from the farm, looking altogether more pleased with himself. Jesse James and his men stopped him, recovered their $1,400, and rode off.”
Source: anecdotage.com & R. Love: Rise and Fall of Jesse James

Burton Gerber, a 39-year veteran of the CIA, was running spy operations in Berlin during the summer of 1958 when he and nearly all his comrades in espionage attended the wedding of a colleague. Gearing up for yet another Berlin crisis, the fatigued spies ate, drank and posed for pictures.
“Afterwards, attendees asked the groom whether they could have some pictures from the wedding. ‘We didn’t hire any photographer,’ said the groom. There was stunned silence all around.”
Source: anecdotage.com & Chicago Tribune

Cordell Hull, the American secretary of state from 1933 to 1944, was reputed to 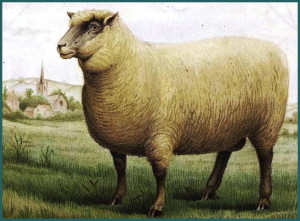 be an extremely caustious man, ungiven to advancing an inch past the evidence, as perhaps befits a secretary of state.
Once, on a train trip, Hull and a companion watched while the locomotive dragged its load of cars slowly past a large flock of sheep. Making conversation, Hull’s companion said, “Those sheep have been recently sheared.”
Hull stared thoughtfully at the animals, then said, “Appears so. At least on the side facing us.”
Source: anecdotage.com