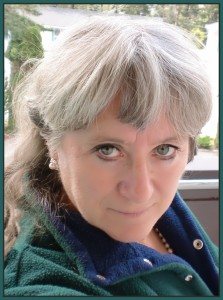 Juanita Rose Violini – That’s me! I figure if I say my name enough times maybe the search engines will find me.

My Mystery Mentor was a madman. For four years, on and off, I help write and produce mystery entertainment beginning in 1988. The winter Olympics had just arrived in Calgary AB and I was hired on by a theme entertainment company in Banff AB as production manager.

My first mission was to find the perfect pair of mukluks and a stage crew willing to carry 200 trees up a two story fire escape at midnight – for beer.

Beer was a common currency those days. Pay day phone calls were like: “Juanita Violini, where’s my beer?”

I learned a lot from that guy, the madman – good and bad, and I wouldn’t trade the experience for anything. However I decided enough was enough at 2:00 AM one cold winter night, when the RCMP called … “Is this Juanita Violini?”

“We’ve picked up a couple of transients walking down the middle of main street with a $10,000 rug and a silver cake platter . . . Juanita, they say they were working for you.”

Well these two guys were our stage crew who were hired by my boss. He promised to pay them with pizza and beer. They were living in an old, beat up ‘fish & chip’ truck down by the river. It was winter in the Rocky Mountains, – 20 degrees centigrade, so the stage hands grabbed the rug off the dance floor of a very elite hotel to help keep them warm at night. The cake on the platter was because they were hungry.

Phone calls from the cops at 2:00 am, and many other forms of chaos and confusion doesn’t work for me in the long term, so I quit.

They don’t call me the Mastermind for nothing : ) And no. I wasn’t working for beer.

In 1992 I formed my own company. Filled with enthusiasm and having the ability to quickly solve problems on the spot, clients and co-workers raved about the fun and satisfaction they experienced working with me – and me with them. I still get calls asking for shows but have decided that my current lifestyle better suits an online business rather than actually working in the trenches … so to speak.

Not that I wouldn’t still produce or consult on a live event … let’s be honest … if the money was good enough. 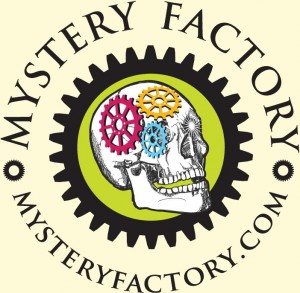 Mystery Factory evolved from my corporate entertainment company MASTERPIECE MYSTERYS based in Vancouver, BC. Before that was the above mentioned madman mentoring. In 1992 I moved to Vancouver, BC to be with the man I loved and to check out the industrial theatre scene.

Researching other mystery entertainment companies, I found that they fell into one of two camps.

The event produced a mystery that actually had clues and could be solved, but was boring as a toothpick or the event was very entertaining but had no clues whatsoever, guests guessed a random solution and the producer’s friend or the drunkest table won.

More than ever I was convinced “I, Juanita Rose Violini, can do better” and struck out on my own. It was like stepping forward to shake someone’s hand and falling off a cliff. Oops.

Determined to produce events that were entertaining as well as ‘Fairplay’ I obsessively analyzed Agatha Christie, studied Rex Stout and picked apart Sherlock Holmes. The result was fifteen years of hilarious entertainment which actually had clues that could be followed to a solution and audiences having the time of their lives. 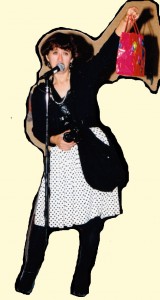 From those years of writing and producing live murder mystery entertainment Mystery Factory was born.

In 2006 I returned to the Canadian Rocky Mountains. I began to divide my attention between two different types of mysteries; the unsolved and the unexplainable. In 2009 I my book Almanac of the Infamous, the Incredible and the Ignored was published by Weiser Books.  I also continue to work on mystery scripts and party instructions while figuring out how to have a website that is informative, profitable and helps people have fun.