80-year-old US woman with

decades-long criminal record gets 3 years in prison for burglary

TORRANCE, Calif. – An 80-year-old woman with a criminal record stretching back to 1955 has been sentenced to three years in state prison for ransacking and stealing cash from a medical office.

Doris Thompson thanked a judge Wednesday for not sending her to Los Angeles County jail, which she doesn’t like, and said she deserved a longer sentence, the Daily Breeze newspaper reports. She also told the judge, “God bless you.”

State records show Thompson, who has used 27 aliases, has repeatedly been arrested during the past 55 years, mainly for theft. She’s gone to jail several times.

Thompson slipped into the medical office on Dec. 19 and stole money from drawers. She pleaded guilty to burglary and will be eligible for parole in about 18 months.

Five robbers dressed as clowns stole £100,000 from security guards as they tried to load a cash machine with money in Mexico. 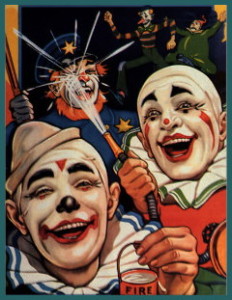 The five ‘clowns’ escaped by joining a street carnival with the thousands of people in fancy dress, reports El Universal. The clowns and guards exchanged gunfire in the robbery in Ciudad Carmen and one of the three guards was injured.
A police spokesman said: “They run away and joined a street carnival party where many people were disguised as clowns, so it was impossible to distinguish them.” (ananova.com Thursday 26th February 2004)

Crack the Code – Help the FBI 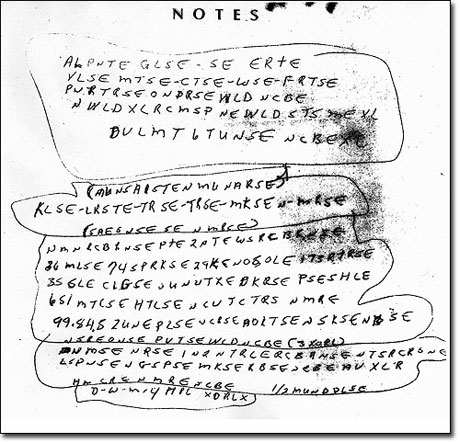 FBI wants help to crack code, solve murder- The FBI has asked for help to decipher a note found in the pocket of Ricky McCormick, discovered slain in a St. Louis field 12 years ago. Check out the entire news article here.

Police in Germany are hunting a thief, or thieves, who stole two “priceless” teeth from the skull of a caveman which was on display in a museum.
An employee at the Neanderthal Museum in Mettmann, North Rhine Westphalia, noticed one tooth was missing over the weekend but thought it had been removed for cleaning. She added it was only when she arrived for work on 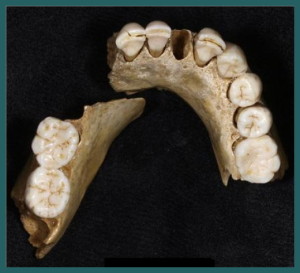 Monday and noticed the second tooth had gone that she alerted security.
The two teeth were hailed as “archaeological sensations” when found in 2002 and are considered priceless. The caveman was said to have lived 300,000 years ago.
A police spokesman said the teeth were taken one at a time and those responsible managed to unscrew the glass security cabinet protecting the skull twice without being seen. A museum spokesman asked about the value of the stolen teeth said: “They are worth a lot more than you would get from the tooth fairy.” (ananova.com Tuesday 30th March 2004)

Gang rob everything for barbecue

Thieves in Brazil stole meat from a butcher’s shop because they wanted to have a barbeque. Once the gang had the meat from the shop in Rio de Janeiro they then went to a nearby shop and stole cans of beer, Folha de Sao Paulo reports. The gang also robbed a car parked outside the shop to transport the stolen goods. (ananova.com Monday 16th August 2004)

Police in Italy are hunting a gang of bank robbers nicknamed the Hole in the Ground gang because they stage their raids from the city’s sewers. In their latest 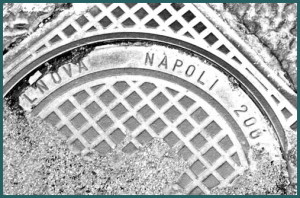 raid they super glued down a manhole cover to stop police following them as they made their escape underground.
The four-strong gang have struck more than a dozen times and escaped with a total of more than £200,000. In the latest incident, they emerged from a drain inside a bank in Naples and waited patiently for staff to arrive to open up the branch. They then held the terrified cashiers at gunpoint before helping themselves to more than £30,000 from a safe.
The gang escaped back down the drain they had emerged from and used superglue to stick down the cover and stop police from chasing them. A police spokesman said: “‘We are certain it is the Hole in the Ground gang. The technique of using the powerful adhesive to stop officers from chasing them down their escape route held us up considerably.” (ananova.com Tuesday 27th January 2004) 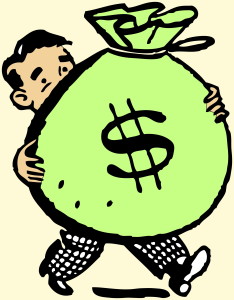 Jack-in-the-Box fast food outlet in Las Angeles. They ordered a couple of soft drinks and then one of the men left the car and walked to the take-out window. Teenager, Cordia Beverly Downs, was working when the thief demanded:
“Give me all your money, and if you think I’m kidding, in about two minutes, I’ll show you that I’m not,”
Miss Downs gave him a bunch of bills and he returned to the car. The engine was started with some difficulty and as the two men tried to drive away, the car stalled and wouldn’t start again. The driver got out, went back to the window, returned the money and pleaded, “Take your money back and please don’t say anything about this to anyone.”  They were last seen pushing their car westbound along Fourth Street. New York Times