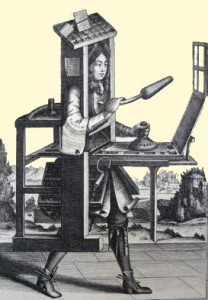 Some of the Most

At the end of a day’s work in 1974, workers for the Dowling Construction Company of Indianapolis left a 2½ -ton wrecking ball hanging from a crane 200 feet above 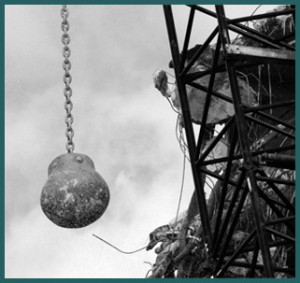 the ground. When they came back the next morning, the ball was gone. Police and all concerned were baffled, and the ball was never found.
Source: Reader’s Digest – Mysteries of the Unexplained
Juanita Rose Violini Almanac of the Infamous

The Man Who Wouldn’t Hang

In Sydney Australia, in 1803, Joseph Samuels was arrested for robbery and murder. He confessed to the robbery but insisted that the murder was committed by his accomplice Isaac Simmonds. Samuels was allowed to address the crowd gathered at his hanging and he again insisted that he was innocent. The crowd began to clamour for his release when a guard jabbed the horse Samuel was sitting on with his neck in a noose. The horse dashed off, leaving Samuel swinging but then the rope broke.

A second rope was placed around Samuels neck and he was loaded semi-conscious back up on the gallows cart. The cart was pulled away and the rope began to unravel letting Samuels feet touch the ground enough to keep him from being strangled.
A third rope was then placed around his neck. This one broke just above his head. The provost marshal finally rode off to report the incidents to the governor who immediately reprieved the condemned man . The rope used was tested and found capable of holding 400 pounds. Isaac Simmonds was eventually brought to trail and hanged for the murder.
Source: many & varied
Juanita Rose Violini Almanac of the Infamous

In January 1940, psychic detective Arthur Price Roberts, a seventy-three year old in excellent health, fulfilled a prediction he had made two months previous: he died, after a lifetime of foretelling disasters and catching crooks. 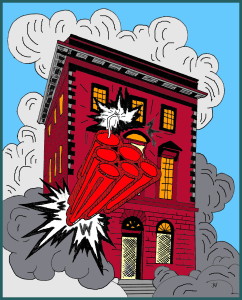 Since childhood, Roberts had the skill to see and find things others could not. He stayed illiterate all his life, afraid that education would destroy his ability. Among his many achievements: Roberts saved a wrongly convicted murderer from execution; intuited the body of a missing man was in the river snagged by sunken logs; located the killer in a two year old murder case by picking the killer’s picture out of police mug shots and announcing where he was working in another country; and he tracked down a stolen taxi, while it was  being driven, twenty four hours after the theft.
In Milwaukee, in 1935, Roberts warned police: “Going to be lots of bombings – dynamitings! I see two banks blown up and perhaps the city hall. Going to blow up police stations. Then there’s going to be a big blowup south of the Menomonee river and it’ll be all over.”
As Roberts was known for his predictions, extra precautions were taken.  Eight days later the village hall was blasted to bits. Two people died and others were injured. The next day the dynamiters blew up two Milwaukee banks and two police stations. In spite of extra patrols, a sixth explosion took place. It was heard up to eight miles away. The garage where it had been centered was obliterated. Two young men, Hugh Rotkowski, and Paul Chovaonee, were inside when the fifty pounds of dynamite for their sixth bomb accidentally detonated. Roberts had correctly predicted the entire series of explosions, including the final blast, which was accidental.
Source:  Frank Edward’s Strange People
Juanita Rose Violini Almanac of the Infamous