Mystery Trivia is the place for all mysteriously interesting that which do not fit anywhere else. Topics range from the historical to the mystical and everything in between.

Why is it called a murder of crows ?

Is it possible that our justice system was inspired by crow courts? In the book Marvels and Mysteries of Instinct or Curiosities of Animal Life from 1862, author G. Garratt shares his research on crow communities and their laws and penalties. If some rule is violated an assembly gathers. Vast numbers of the blackbirds will come from far and wide.

Regarding minor offenses, Garratt states:
“The young rooks, or those of one year old only, often violate the rules of the rookery by pilfering twigs and other materials from the nests of the older ones, but the theft is always discovered, and never suffered to go unpunished. The rogues do not allow themselves to be caught in actual fact, for they seem to watch their opportunity, and commit their robbery only when both owners are absent.

Now the criminals are convicted in a very singular manner. They first seem to be suspected like a person who has made his fortune too fast to have done it honestly. Having their material close at hand, and already broken up for them, their work goes on apace, and getting so much ahead of the rest, the whole company act as if jealous of such proceedings, and envious of the quick success of their juniors. On these occasions some eight or ten rooks have been seen to fall upon the nest of the convict, and in a moment tear it all to pieces. “ 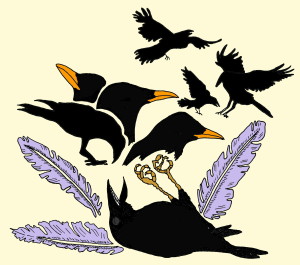 More serious offenses, though what those might be are left to speculation, suffer much more serious consequences. For those Garratt refers to the research of Dr Edmonson and his observations in the Shetland Islands:
“No business must be transacted till the convocation is complete; the first comers, therefore, wait a day or two for the arrival of the several deputies. A particular field or hill of some character about it is selected, as befitting the importance of the session to be held upon it. When all the deputies have made their appearance, the court opens. What crime has been committed is not known, but criminals there certainly are at the bar. The charges appear to be made, and the evidences given, not individually but collectively, in a general croaking and clamour; and this seems to include the passing of judgement also, for it is no sooner over than the whole court, “judges, barristers, ushers, audience and all, fall upon the two or three prisoners at the bar, and beat them till they kill them. When this is accomplished, the court breaks up and quietly disperses.” 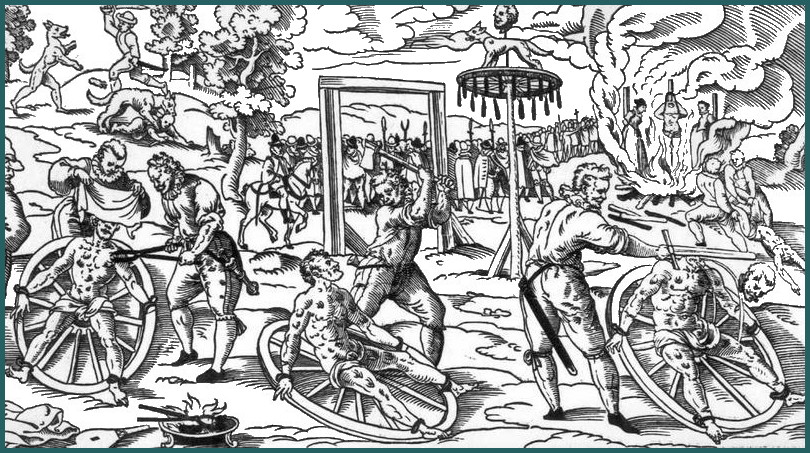 In the late 1700s, Dr Ignace Guillotin thought all criminals should be equal in death. It was not the case at the time. Noblemen were quickly sent to their graves with the swift swipe of a sword. The sword was then broken. Common felons were put on a wheel and their bones were broken until they died; a slow tortuous affair. It was too expensive to kill them all with swords. Plus the executioner admitted that he couldn’t stand the sight of all that blood. 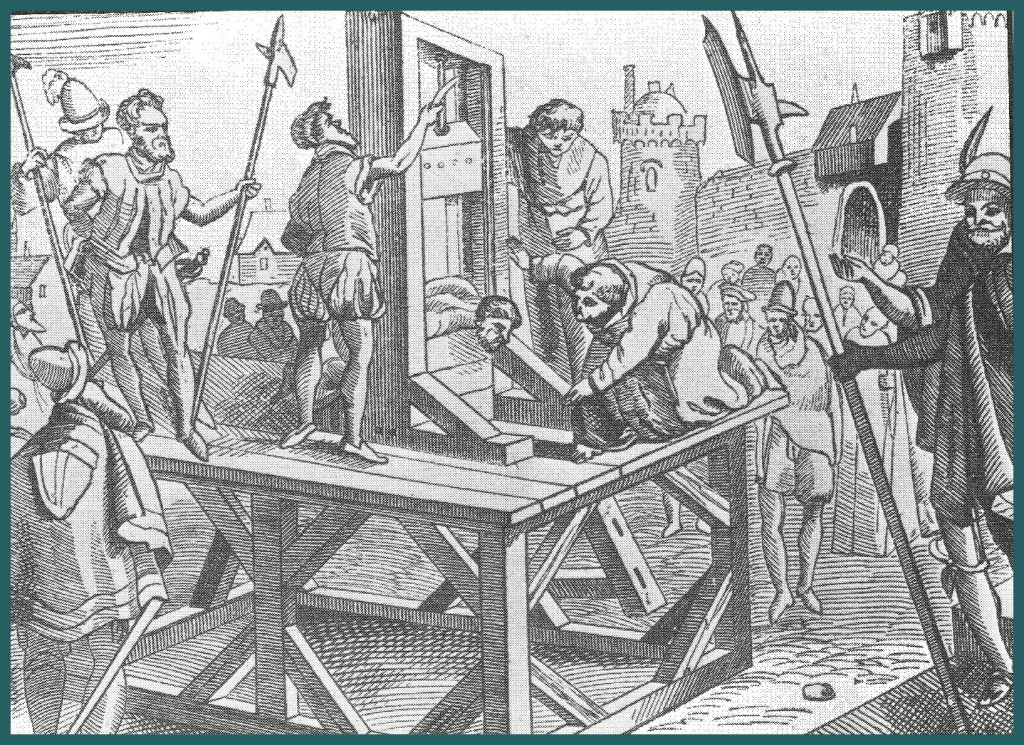 But for the most unusual method of capital punishment we have the little known (at least to us) execution by elephant. This woodcut was first published in 1868 in the magazine Le Tour De Monde. 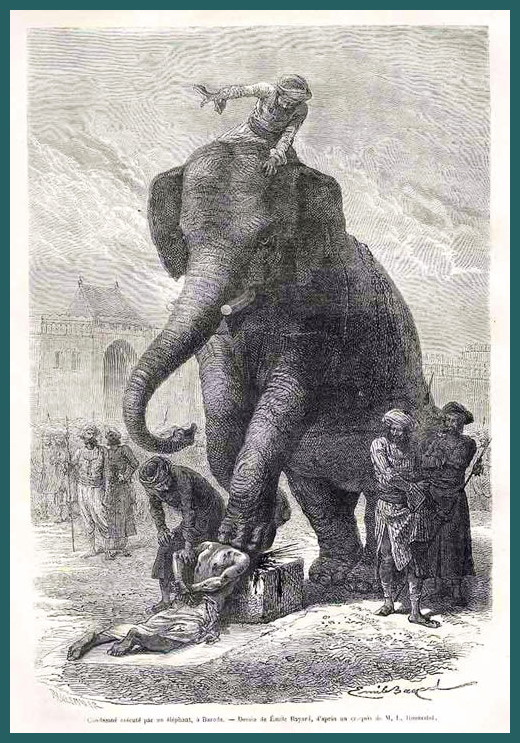