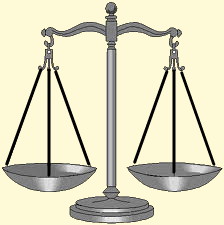 H.L. Mencken
“Say what you will about the Ten Commandments, you must always come back to the pleasant fact that there are only ten of them.”

Freda Adler
“Stripped of ethical rationalizations and philosophical pretensions, a crime is anything that a group in power chooses to prohibit.”

Samuel Butler
“The thief. Once committed beyond a certain point he should not worry himself too much about not being a thief any more. Thieving is God’s message to him. Let him try and be a good thief.”

Peire Cardenal
“If some beggar steals a bridle he’ll be hung by a man who’s stolen a horse.”

Earl Wilson
“Somebody figured it out — we have 35 million laws trying to enforce Ten commandments.”

Robert Frost
“A jury consists of twelve persons  chosen to decide who has the better lawyer.”

Abraham Lincoln
“A jury too often has at least one member more ready to hang the panel than to hang the traitor.”

H.L. Mencken
“The common argument that crime is caused by poverty is a kind of slander on the poor.”

Robert Emmet Sherwood
“And who are the greater criminals – those who sell the instruments of death, or those who buy them and use them?”

Allen Tucker
“We enact many laws that manufacture criminals, and then a few that punish them.”

Mark Twain
“A crime persevered in a thousand centuries ceases to be a crime, and becomes a virtue. This is the law of custom, and custom supersedes all other forms of law.”

Voltaire
“It is forbidden to kill; therefore all murderers are punished unless they kill in large numbers and to the sound of trumpets.”

Golda Meir, Israeli Prime Minister
“Once in cabinet we had to deal with the fact that there had been an outbreak of assaults on women at night.  One minister …suggested a curfew;  women should stay home after dark.  I said, “But it’s the men who are attacking the women.  If there’s to be a curfew, let the men stay at home, not the women…”

Oscar Wilde
“As one reads history … one is absolutely sickened, not by the crimes that the wicked have committed, but by the punishments that the good have inflicted.”

Martin Luther King Jr.
“It may be true that the law cannot make a man love me, but it can keep him from lynching me, and I think that’s pretty important.”