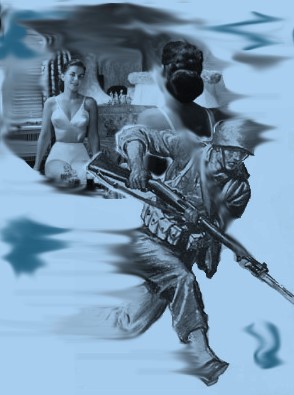 My husband recently asked a new friend, aged seventy something, what her most thrilling adventure had been in life, so far. This darling woman related the following:

She was seven years old and living in England during World War II. Occasionally German pilots got shot down and parachuted from their planes to the relative safety below. One day this happened near the small village she was living in. As the unsuspecting soldier was billowing to earth, all the woman in town, along with our young friend,  rushed madly out and attacked the dangerously armed enemy.

They stripped the confused pilot of his parachute and, leaving him to his own devices, went gaily back to their houses to divvy up the spoils. Luxuries were rare in those days and the fabric was used to make underwear. Parachute panties were something of a status symbol and well worth the hazard involved in getting the raw material. It had been quite the thrill for a seven year old in those dark times.

« Hazardess to Your Health …
Cool as a Cucumber »

« Hazardess to Your Health …
Cool as a Cucumber »